Advantages and Disadvantages of Wind Energy 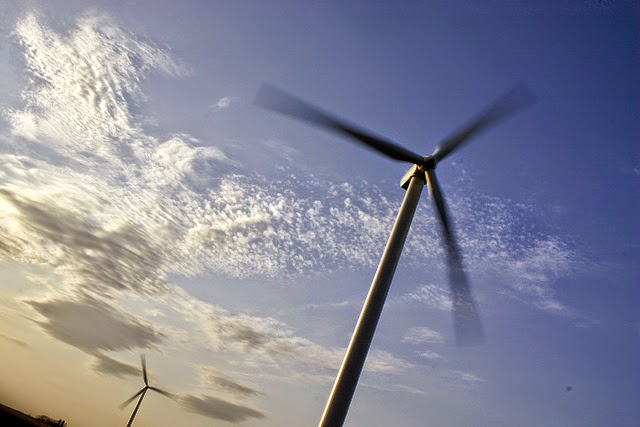 Wind energy is Efficient
Newer technologies are making the extraction of wind energy much more efficient. Dual systems that combine another renewable energy with wind energy can harness wind power more effectively, and they can provide continuous power output.

Wind energy is Clean; Environment Friendly
Wind turbines doesn't emit any harmful or green house gases. Like conventional energy sources such as coal, petroleum energy, wind energy does not pollute the air. So Wind power is a Green energy source.
Wind Energy is Sustainable
Wind is actually a form of solar energy; winds are caused by the heating of the atmosphere by the sun, the rotation of the earth, and the earth's surface irregularities. For as long as the sun shines and the wind blows, the energy produced can be harnessed to send power across the grid.
Wind power is cost effective
Wind power is the most cost effective renewable energy source today. Cost per KW of wind power is much lower than other renewable energy sources.
Best Suitable in Rural& Remote areas
Wind power turbines can be deployed in Farms in rural areas. Farmers and ranchers can continue to work the land because the wind turbines use only a fraction of the land. In this way, remote areas that are not connected to the electricity power grid can use wind turbines to produce their own supply.
Wind energy can be used as Domestic or Commercial Power supply
Wind turbines are available in a range of sizes which means a vast range of people and businesses can use them. Single households to small towns and villages can make good use of range of wind turbines available today.
Wind energy reduces our dependence on Traditional fuel
Traditional energy sources are the most efficient energy source in the world. But, they are not environment friendly and are running out of us. Dependence on the fossil fuels could be reduced to much extent if wind energy is adopted on the much wider scale by all the countries across the globe. Wind energy can replace electricity from coal-fired power plants and thus reduces greenhouse gases that produce global warming.
Wind energy Creates Job opportunities; wind power jobs
Wind energy on the other hand has created many jobs for the local people. From installation of wind turbines to maintenance of the area where turbines are located, it has created wide range of opportunities for the people.

Atmospheric pollution due to Noise generated by wind turbines
Though wind energy does not create environment problems, the turbines may produce noise pollution.
Wind energy is Intermittent in some locations
The strength of the wind is not constant and it varies from zero to storm force. This means that wind turbines do not produce the same amount of electricity all the time.
Lacks Storage facility
As well as other renewable energy sources ,one of the main disadvantages of wind energy is lack of large scale energy storage system. New technologies should be developed to overcome this difficulty.
Wind energy plays threat to Birds and wildlife
Wind turbines are usually made of blades that rotate continuously and fiercely. Due to the fact that the blades are usually placed high up in the air, they are known to kill birds that fly over it. Due to large scale construction of wind turbines on remote location, it could be a threat to wild life near by.
Wind energy is unpredictable in most sites
The main disadvantage of wind energy is that wind can never be predicted. That is one of the reasons that most of the companies determine wind turbine layout, power curve, thrust curve, long term
wind speed before deploying wind turbines. The location of a wind power system is crucial, and one should determine the best possible location for wind turbine in order to capture as much wind as possible. Coupling another source of energy with wind energy can help to provide continuous power supply to the grid.
Impact on Human eyes
Though many people believe that wind turbines actually look nice but majority of them disagree. People consider wind turbines to have an undesirable experience.
We should ignore those disadvantages of wind energy and concentrate our technology on maximum utilization of wind energy to build an energy secure Earth. Today we have high altitude wind turbines (besides offshore and onshore wind turbines)  to harness enormous amount of high altitude wind energy. Now, its your turn to express opinions, suggestions about our list of advantages and disadvantages of wind energy. If you have more points those not in this list, use our comment form and let up know and update the article 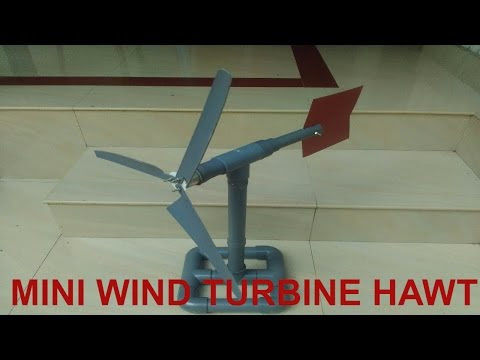